A mechanically induced collapse of a structure involves a carefully designed and calculated sequence of structural pre-weakening followed by the application of sufficient force to induce a controlled collapse. The sequencing may include the pulling out of structural columns until the collapse is initiated or connecting high-capacity steel pull ropes to the pre-weakened structure and generating enough horizontal force to enable the structure to rotate and collapse onto itself.

Liberty Industrial’s personally owned and operated fleet of large demolition excavators including the 260-tonne machine in combination with our 120-tonne, 70-tonne and 48-tonne excavators are ideal for carrying out mechanically induced collapses. Often the horizontal force required to be generated to commence rotation and collapse is significant and not easily achieved through using conventionally sized demolition excavators.

Our experience Demolition Engineers prepare engineered methods before undertaking any preparatory works with third-party checks and sign off on methods and sequencing before the commencement of weakening works. We also can model and simulate (3D Video) induced collapse demolition scenarios before execution using Applied Science International (ASI) Extreme Loading for Structures software.

Liberty Industrial is also licenced and qualified to carry out induced collapse using explosive demolition techniques. Often an engineered collapse requires a considerable number of structural elements to be removed simultaneously. In this instance or when horizontal pull forces are too large to be generated by machines, Liberty Industrial employs explosive techniques that are developed, engineered, and implemented through our in-house team of highly experienced practitioners. 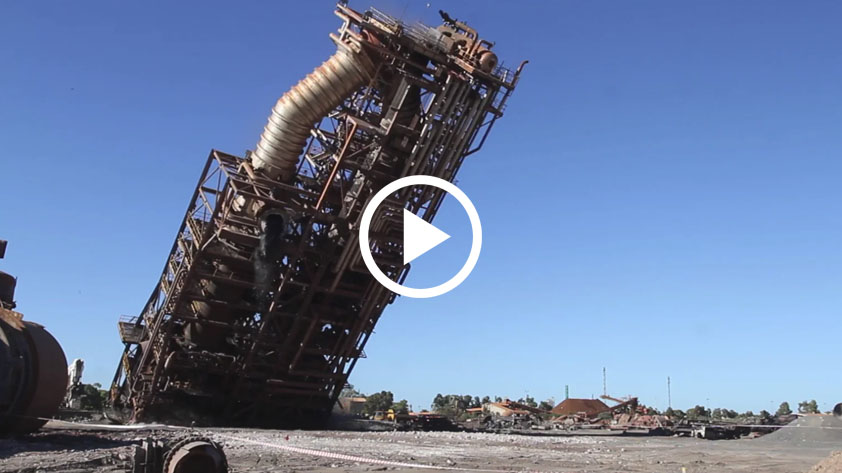 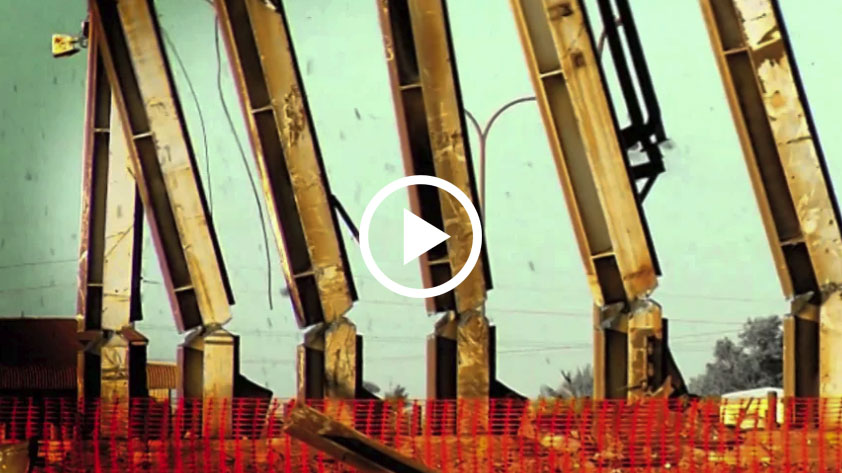 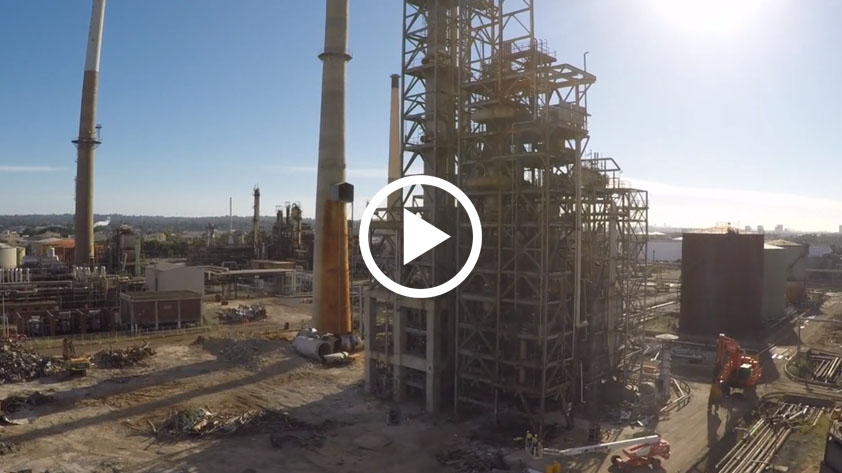 Scroll to top
We use cookies to optimise site functionality and enhance your experience. By clicking “Accept”, you consent to the use of ALL the cookies.
Cookie SettingsACCEPT
Manage consent

This website uses cookies to improve your experience while you navigate through the website. Out of these, the cookies that are categorized as necessary are stored on your browser as they are essential for the working of basic functionalities of the website. We also use third-party cookies that help us analyze and understand how you use this website. These cookies will be stored in your browser only with your consent. You also have the option to opt-out of these cookies. But opting out of some of these cookies may affect your browsing experience.
Necessary Always Enabled

Performance cookies are used to understand and analyze the key performance indexes of the website which helps in delivering a better user experience for the visitors.

Analytical cookies are used to understand how visitors interact with the website. These cookies help provide information on metrics the number of visitors, bounce rate, traffic source, etc.

Advertisement cookies are used to provide visitors with relevant ads and marketing campaigns. These cookies track visitors across websites and collect information to provide customized ads.

Other uncategorized cookies are those that are being analyzed and have not been classified into a category as yet.